This is a story of hope and despair. This week has exposed me to more than i would ever imagined and presented me with a reality so different than my own. The week started with reaching Timor and looking around the capital city, Dili. For me it felt like if someone stopped the time and like in 4 hours flight I was going 30 years back in time. Timor is a beautiful country with such a rich history. Throughout the week i got to learn more and more on the sensitive aspects of Timorese culture and history. Timor moved quickly from being a Japanese colony to Portuguese and then after 9 days of independence to being terribly occupied by the Indonesians. By talking to some of the kids there I have heard stories of seeking for an asylum in New Zealand and staying in a refugee camp in Indonesia. Growing up in conflict area I always felt like I knew what it means by being affected by a conflict, but the kids in Timor are way more than just affected by the situation on their country but they also living day to day as if it was the only day. While talking to Anya that is doing a gap year in a clinic in Timor I discovered that the history of this beautiful country resulted in the mindset people have. The fact that the country position was changing quite often ended up in people having hard times to adjust to a routine and follow simple instructions. Moreover, Anya talked about the health condition in Timor, something that really touched me. She was telling me about a young woman only 19 years old that had a breast cancer, a problem that can be easily overcome in the country I am from but the health department in Timor just cannot give her treatment. This young lady does not have money to fly to Australia and Anya is in a situation that she knows that she is sending her back home and she is going to die. Growing up in this great UWC bubble you have the feeling like everything is in your hand, like can make a change that will transform the world. Coming to Timor made me realize that to change the world, I can’t, but I can definitely make an impact on individuals. Even if I like to think that everything is in my hands there are just stuff that I cannot change and the wisdom comes when you know how to distinguish the two situations. One day we went to a place called, Casa Vida, a shelter for abused women. There I have learnt so much about the Timorese culture and how domestic abuse is such a significant problem in Timor. It made me understand how fortunate I am to be born to a country where women position is not as in Timor and how happy I am to be able to have values of respect towards all humans no matter who they are. I did not come for the conference to preach so I was trying to avoid any clash of my values with some of the delegate’s which I found very challenging. One of the girls told me that a woman body is owned by her husband and that if a woman wears short clothes it is her fault if she gets raped. To say that I was shocked is underestimating my feelings, I was so overwhelmed but I tried staying in the facilitator position and lead this delegate to hear a different point of view. This is what was amazing about this week it gave an opportunity to deal with ideas I have never heard before and to hear stories of a part of the world I did not know about its existence before. 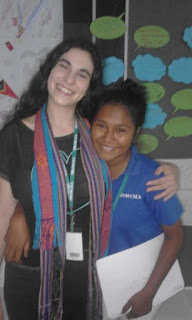 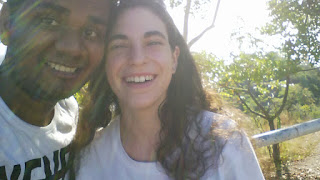 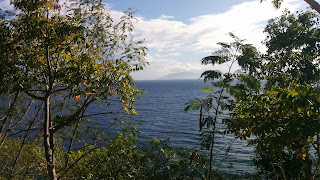 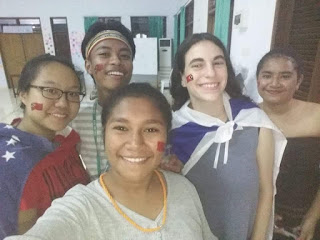 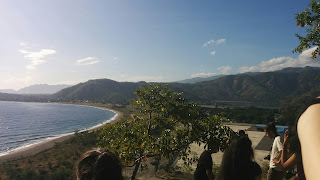 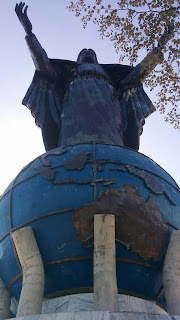 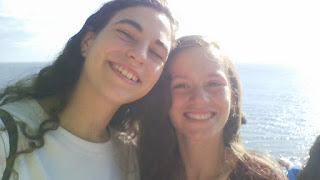